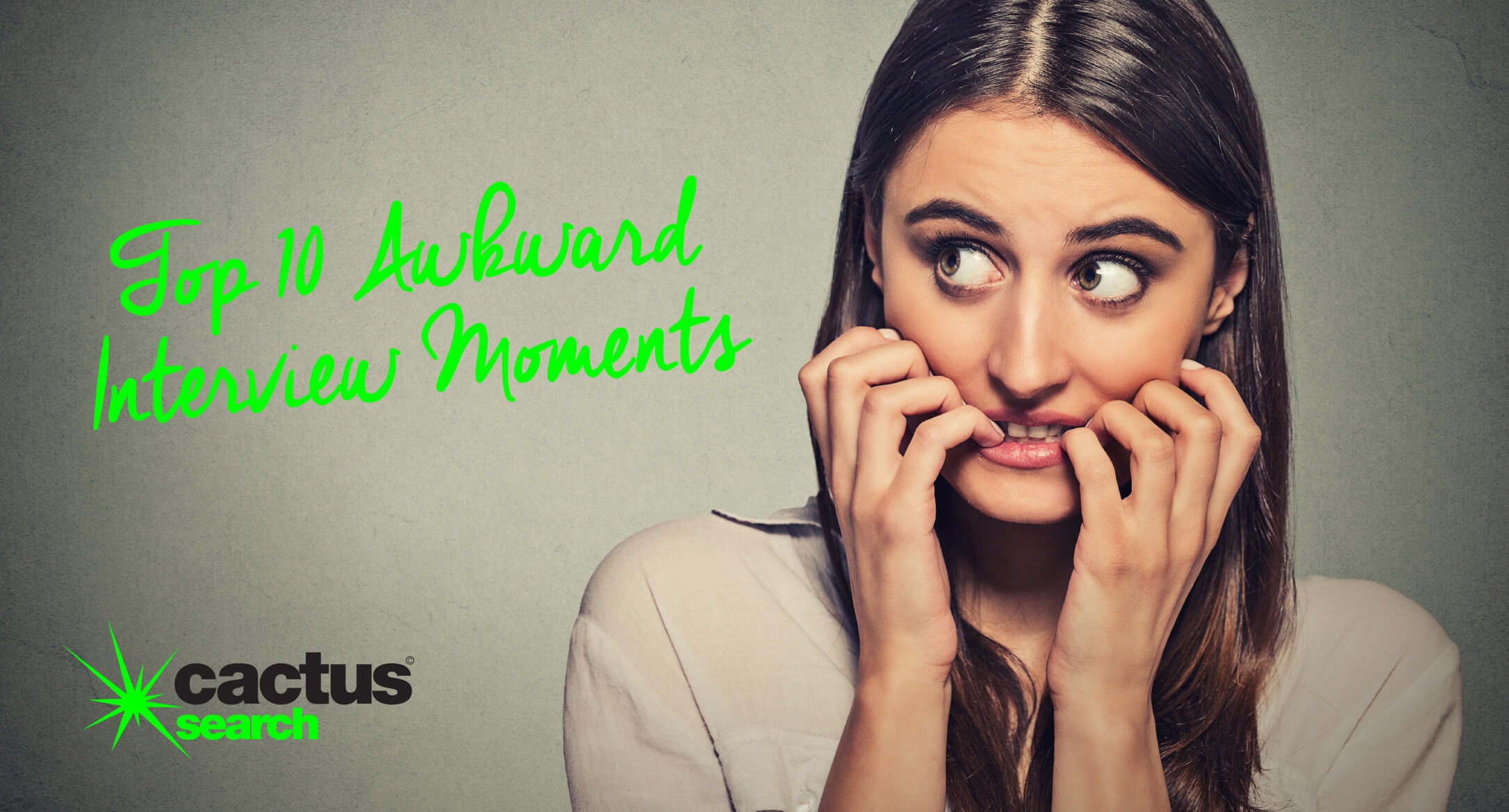 Job interviews can be a terrifying experience, yet a memorable experience for the wrong reasons. We had an idea at Cactus HQ to publish our top 10 awkward moments from our candidates’ and a few from our fellow cacti’s personal interview experiences.

I’d like for you to spare a thought for these applicants behind this list of cringe-worthy confessions, who have revealed faux pas ranging from getting the interviewers name wrong to coming face-to-face with a former one night stand on the panel.

They're among hundreds of very candid would-be employees who told all to our team, which compiled a list of hilarious encounters in interview rooms.

With over 17 years experience recruiting into the Contact Centre marketplace, there's not a great deal Cactus Search don't know about Managerial, Leadership and Frontline resourcing. With an unrivalled record of success from the longstanding dedicated and professional team they are fortunate enough to have built, they provide resourcing solutions through true partnerships across the UK and internationally.