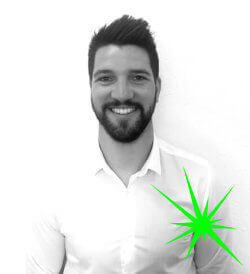 Before travelling around Australia Leigh worked for a debt collection agency but on his return to sunny UK he decided he needed an exciting new career path so embarked on a career in recruitment. He says he is proud to work at Cactus and be part of a hugely successful team, saying they work hard and play harder! He starts his day early by checking through candidates CVs and contacting them straight away to beat the competition.

Leigh’s moment of fame was dancing during the end credits on Children in Need when he was 6 years old with Starlight Stage and Dance Academy and his guilty pleasure is the band Little Mix!