Best excuses for not attending an interview 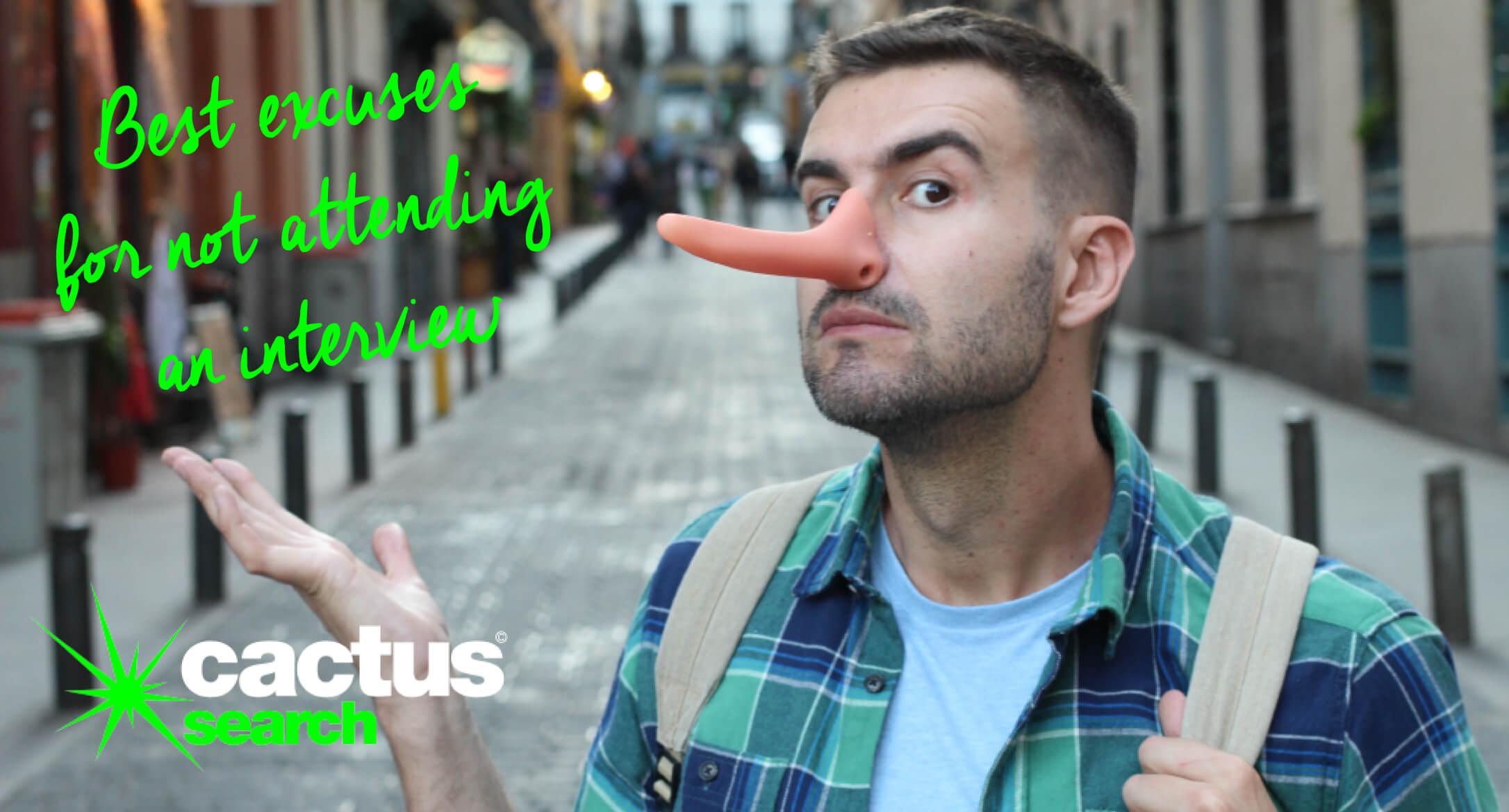 
Best excuses for not attending an interview

You received a CV that tickled your fancy, you reached out to the candidate and invited them in for an interview, they gladly accepted, and you bid farewell full of hope.

Then, on the day, you open a “so sorry I can’t make it” message. Drats.

Interview no-shows are a nuisance - and not just because it scuppers up your diary, wastes your time, and means you’ve got to go back to the drawing board. But because how do you separate the legitimate reasons from the ones you strongly suspect are trying to pull the wool over your eyes?

If it’s genuine you want to give them another shot, if they’re lying to you already you’re instantly turned off. It’s a tough call. To help you on your way though, here are some of the best excuses candidates spill when giving you the brush off - and how to tactfully respond.

When it comes to emergencies there’s no such thing as notice, and, as we all know, they do crop up from time to time. That said, interviews don’t last forever so you’d be within your rights to wonder whether they’re using it as a cover-up for changing their mind.

Because there’s no way of knowing if it’s the candidates first drop-out we’d recommend giving them a second chance to show up. Hopefully this is a given, but you definitely shouldn’t go accusing them of lying; if they’re telling the truth it could be very upsetting, but even if they’re not it won’t do your brand’s image any favours.

Template text: “I’m really sorry to hear about your family emergency and I hope everything is as well as it can be. We’ll be running interviews for this role until [insert date], if your circumstances allow it and you’re still interested, please let us know if you’d like to reschedule.”

In the scheme of excuses this one’s pretty weak. From the moment they were offered the interview they knew they’d have to commute to you and there are so many options they could’ve turned to before cancelling - like cycling, walking, borrowing from a friend or family member, or asking someone they know for a lift.

Unless you’re willing to offer the candidate money (which probably isn’t the precedent you want to set) it’s likely best to just cut ties at this point.

Template text: “It’s a real shame you’re not able to make the interview, me and the team were looking forward to meeting you. Unfortunately, we need to meet all candidates face-to-face for this role but we wish you the best of luck for the future.”

One of the first rules of interviewing is to arrive early, so, if they’ve prepared properly they should have plenty of time to make alternative arrangements - like public transport, a lift, or a taxi.

As with excuse number one, your only option is to take the person’s word for it really. If they’ve called you up to break the news usually probing with a few (non-intrusive) questions can help you get a feel for whether or not it’s a fib, otherwise, this ought to do it:

Template text: “Cars hey, they’re great when they’re working but a pain when they go wrong! If you’re able to get into the office via public transport instead we could postpone the interview until this afternoon if you like?”

We’re sure you get the gist by now but bar making a house visit there’s no way of telling if their head’s actually been down the toilet all morning.

That said, one good way of gauging whether it’s legitimate (and this applies to all the excuses we’ve listed so far) is whether or not they take the lead in re-arranging for another day or time. If they do then that’s a pretty good sign they’re still interested, but if they don’t there’s a good chance they weren’t keen in the first place.

Template text: “Sorry to hear you’re not well and we hope you get well soon. If you’re still interested in the role do get back in touch when you’re feeling better to book another interview in.”

Interviewing for a new job while acting like nothing’s going on with your current employer can actually be pretty tough, so try to give a bit of leeway with this one. After all, presuming they’re telling the truth, this shows a lot of commitment to their job which is exactly what you want from an employee, right?

Template text: “Not a problem, these things happen. We’re still really interested in meeting you so please let us know what other days and times work for you.”

So they accepted your interview offer and then didn’t bother telling the next company they’re not available? What happened to first come first serve? This probably isn’t the trait of someone you want in your team so it might be best to just let them crack on with their other offers.

Template text: “I’m sorry to hear you can no longer make our interview and we wish you the best of luck with your other opportunities.”

Everyone knows there’s a lot of rubbish on the internet so, if you handle it right, this isn’t necessarily the end of the road.

First off, ask them where they read it so you can try and undo some of the damage (if it’s untrue), then, use your reply as an opportunity to pitch your company in a positive light - by sharing good reviews and letting them know about your perks, for example.

However, just bear in mind that if they’re already having second thoughts now there’s a good chance they could get cold feet again further down the line.

Template text: “Sorry to hear you’re having second thoughts. If you don’t mind me asking, I was wondering where you read the material about our company? I’d just like to take this opportunity to share some more info around our culture, perks, and reviews here [insert link(s)].”

Struggling with your interview attendance rates? We can help. Contact the team today on info@cactussearch.co.uk or 01905 330 790 to see just how much.